Australian explorer Greenland Minerals Limited (ASX:GGG) has been operating in Greenland since 2008. The Company is focused on developing the Kvanefjeld rare earth project, which has systematically advanced since 2008.

Located near the southern tip of Greenland near existing infrastructure, Kvanefjeld offers a new, simpler path to rare earth production. It has the potential to be developed as a large-scale, low-cost producer of critical magnet rare earths (including neodymium, praseodymium, terbium and dysprosium). 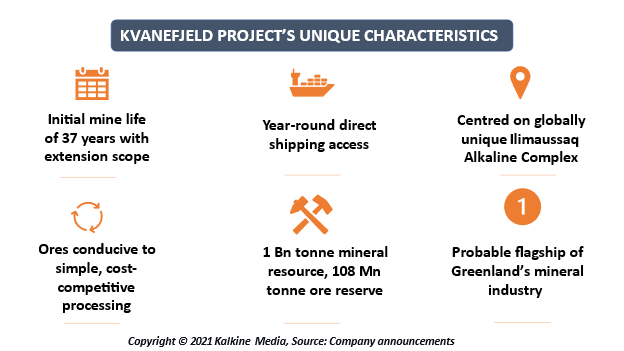 Q2 2021 marked another period of a substantial development for the Company. The focus was on activities relating to the statutory public consultation phase for the Kvanefjeld Project. Cash and cash equivalents at end of the quarter amounted to AUD 33,080 K.

The consultation period commenced in late December 2020 and was recently extended until 13 September 2021.

Formation of new Government in Greenland

In April 2021, a new coalition government formed in Greenland with the Inuit Ataqatigiit (IA) and Naleraq parties. Notably, statutory consultations are a government-managed process. It is the role of the government and its appointed independent advisors to-

There has been another impact of the new Government-

It has put forward draft legislation for consultation to ban the exploration and exploitation of uranium. However, the detailed radiological studies that were conducted on the Kvanefjeld Project as part of the EIA concluded that the Project is expected to release only small amounts of additional radioactivity to the environment. It is not expected to result in an adverse effect, or much harm to wildlife/ people.

Once the consultation period is complete, Greenland Minerals and the Government will respond to issues raised during the process. These responses are then collated in a document called the White Paper.

To date, issues raised in public meetings have been directly lodged via the Government’s online portal for the project consultation. More questions are likely from the second round of public meetings next month.

Notably, Greenland Minerals has commenced preparation of detailed responses to issues for the White Paper with the help of key consultants. 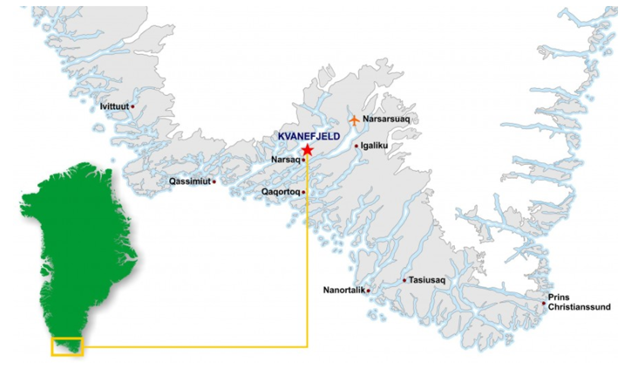 Greenland Minerals has completed additional environmental baseline studies in the broader project area. Designed to assist with stakeholder understanding of the Kvanefjeld Project, the studies increase the understanding of chemical dispersion by natural processes.