In its recently released activity report for the quarter ended 30 June 2021, the ASX-listed gold and base metals explorer has highlighted major milestones across its project portfolio during the period.

Developments at Yule gold and base metals project 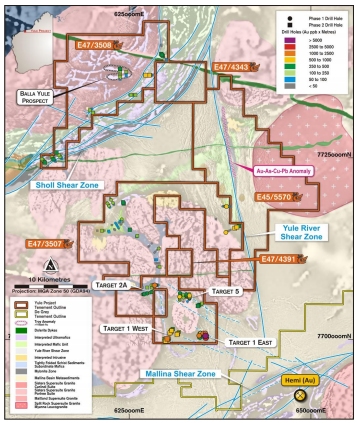 Some of the anomalous gold intersections to be followed up include –

Regulatory approvals for the drilling campaign have already been received. The commencement of the drilling program is contingent on the completion of a heritage survey and the availability of a drill rig. 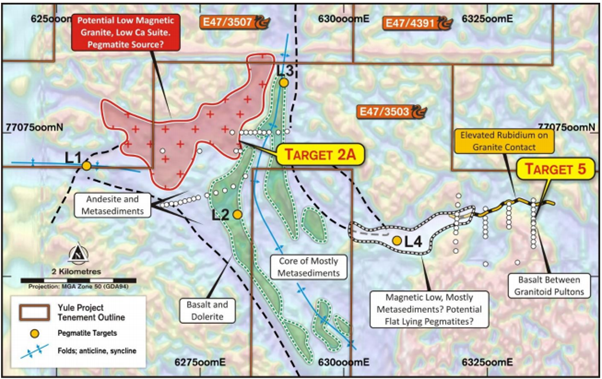 The Company has already assessed open file aeromagnetic data over the tenement, delivering a number of intrusive style targets and prospective structural settings and corridors, prioritised under the 2021 field season. The new drill targets will add up to the already identified targets along the Yule River Shear Zone. 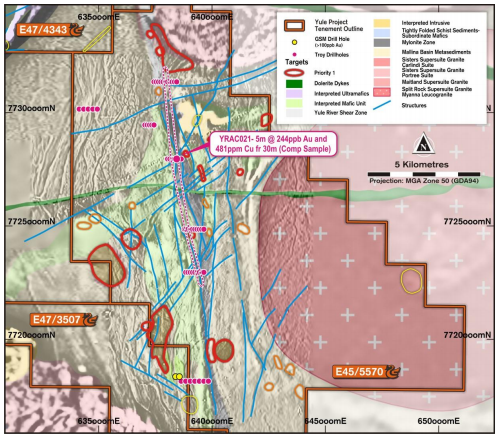 A historical VTEM anomaly was also found in the area. Additional work also resulted in a series of drill holes with elevated zinc, lead, manganese, and silver levels along with an interpreted distal alteration halo.

The Company will now focus on identifying targets to test the untested magnetic and non-magnetic conductive sources, expected to represent VHMS targets.

GSM has applied for two new exploration tenements at the Four Mile Well project. The new tenement applications include a recently identified geochemical anomaly from the assessment of historic geochemical datasets.

The Company plans to commence ground activities after securing the tenements.

GSM has an agreement with Adaman Resources Pty Ltd including the purchase, mining, and processing of remnant mine tailings at the historical Cue No. 1 and Salisbury mines. Adaman has already processed the sands at its Kirkalocka Gold Mine processing plant during 1Q21.

In early May 2021, administrators for the mining project were appointed to Adaman and its subsidiaries. As per the creditor’s meeting outcomes and the correspondence of Adaman’s administrators, GSM expects a negligible return as a creditor of Adaman for the ore purchase agreement.