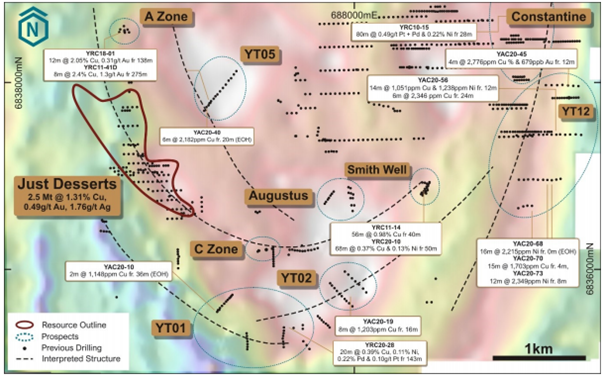 The Company collected samples and has submitted them to the laboratory for analysis. The results are anticipated to be received during the ongoing September quarter.

Currently, ERL is engaged in identifying further targets for drill testing within its tenement holding through progressing geochemical and geophysical studies.

In order to test the numerous proven targets, ERL had deployed a systematic exploration approach that includes first pass AC, infill AC and/or RC programs, as well as diamond drilling where results indicate the need for the same.

The A-Zone prospect suggests a possibility to expand the scale potential of the Project with mineralisation open in all directions. 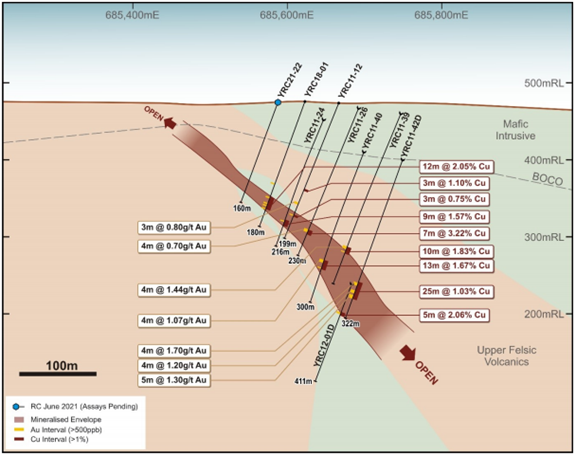 During the quarter, ERL drilled three holes for 408m to test the potential for shallow high-grade copper mineralisation.

The Company has collected and submitted the samples for analysis, and results are yet to be received.

At the YT01 prospect, ERL intercepted a wide zone of Cu-Ni-PGM mineralisation through drilling undertaken during June 2020. 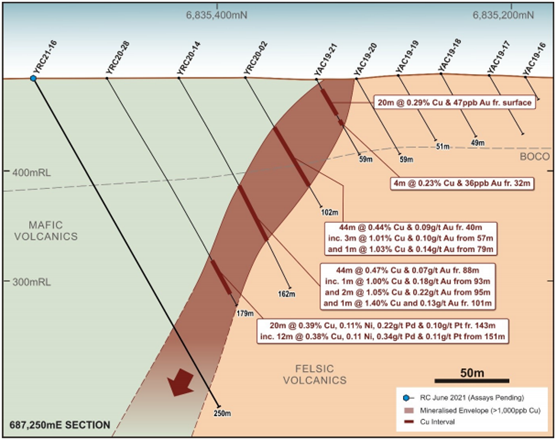 Further, the Company drilled a 250m RC hole below YRC20-28 for testing the continuity of mineralisation at depth.

At the Smith’s Well – Copper-Nickel prospect, ERL has discovered zones of disseminated to matrix sulphide mineralisation through drilling to date. 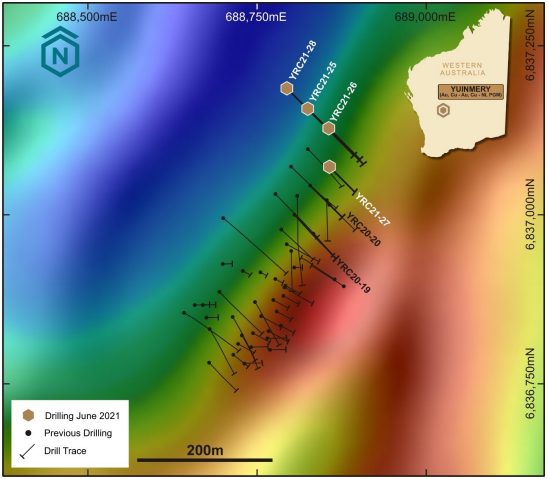 During the quarter, the Company drilled four RC holes for 746m aimed at the North-East plunge and down-dip extensions of the structure.

The Company is awaiting results from the drilling, which are expected to be received in the September quarter.

Key developments at Penny’s Gold Mine

ERL is entitled to receive royalty payments against the gold produced from Penny’s Gold Mine, which is operated as a JV between Horizon Minerals Ltd (ASX:HRZ) and Orminex Limited (ASX:ONX).

ERL believes that the JV helps in fast-tracking the resource definition and technical works in order to make a development decision during the ongoing quarter.

The JV partners declared high-grade gold intercepts during the June quarter through RC and diamond drilling at the deposit, including the following:

The JV partners have planned further activities at the deposit, and ERL looks forward to furthering the advancement of Penny’s deposit throughout the current year.