The third generation CDH17 CAR T therapy targets CDH17, an oncogenic factor linked with poor prognosis and metastasis in neuroendocrine tumours as well as in the most common gastrointestinal tumours such as pancreatic,  colorectal, and gastric cancers.

The CDH17 CAR T cell therapy is a next-generation CAR T cell therapy, which uses a novel technology to focus precisely on the challenges of solid tumours. CDH17 CAR T’s preclinical studies have demonstrated safety, ruling out any toxicity to normal tissues. The studies also depict the therapy’s efficacy with complete eradication of tumour cells and no relapse of the tumour. 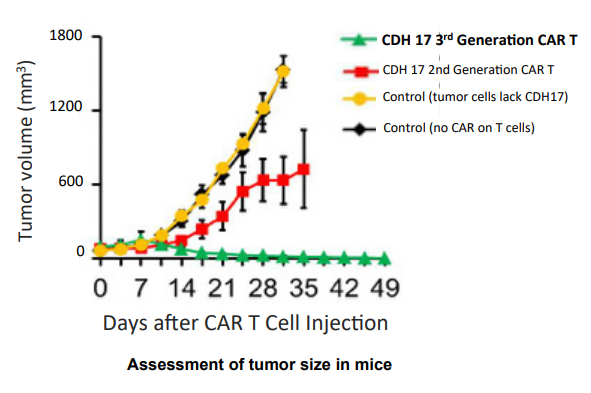 Leading cellular immunotherapy scientist Xianxin Hua, MD, PhD, and his team, have been committed to the research and optimisation of the novel CDH17 CAR T cell therapy for over a decade.

Dr Hua is a professor of Cancer Biology in the Perelman School of Medicine of the University of Pennsylvania. He is also an investigator at the Abramson Family Cancer Research Institute and a Harrington Scholar Innovator.

Adding to this, Dr Hua commented-

CDH17 CAR T therapy development is underway, with a Phase 1 clinical trial planned to commence in 2022 at the University of Pennsylvania. In addition, a three-year commitment for further R&D has been made to Dr Hua and Penn.

The University of Pennsylvania is a global leader in cellular immunotherapy and is widely known for being home to the first FDA-approved CAR T therapy. The CHM team will leverage Penn’s unique cell therapy expertise to ensure the rapid development and commercialisation of the novel CDH17 CAR T cell therapy.

Under the terms of the agreement, CHM has acquired the exclusive rights to develop and commercialise the CDH17 CAR T cell therapy. The Company has agreed to pay Penn licence fees, development milestones, and royalty payments based on commercial net sales. Besides, Chimeric also notified that the upfront fees associated with the licence agreement would be entirely funded from existing cash reserves.