C29 had five exploration applications under review by the regulatory authorities. The company had received approval for the two licences in July. The newly granted exploration licences EL6804 and EL6805 are expected to hold significant IOCG potential. 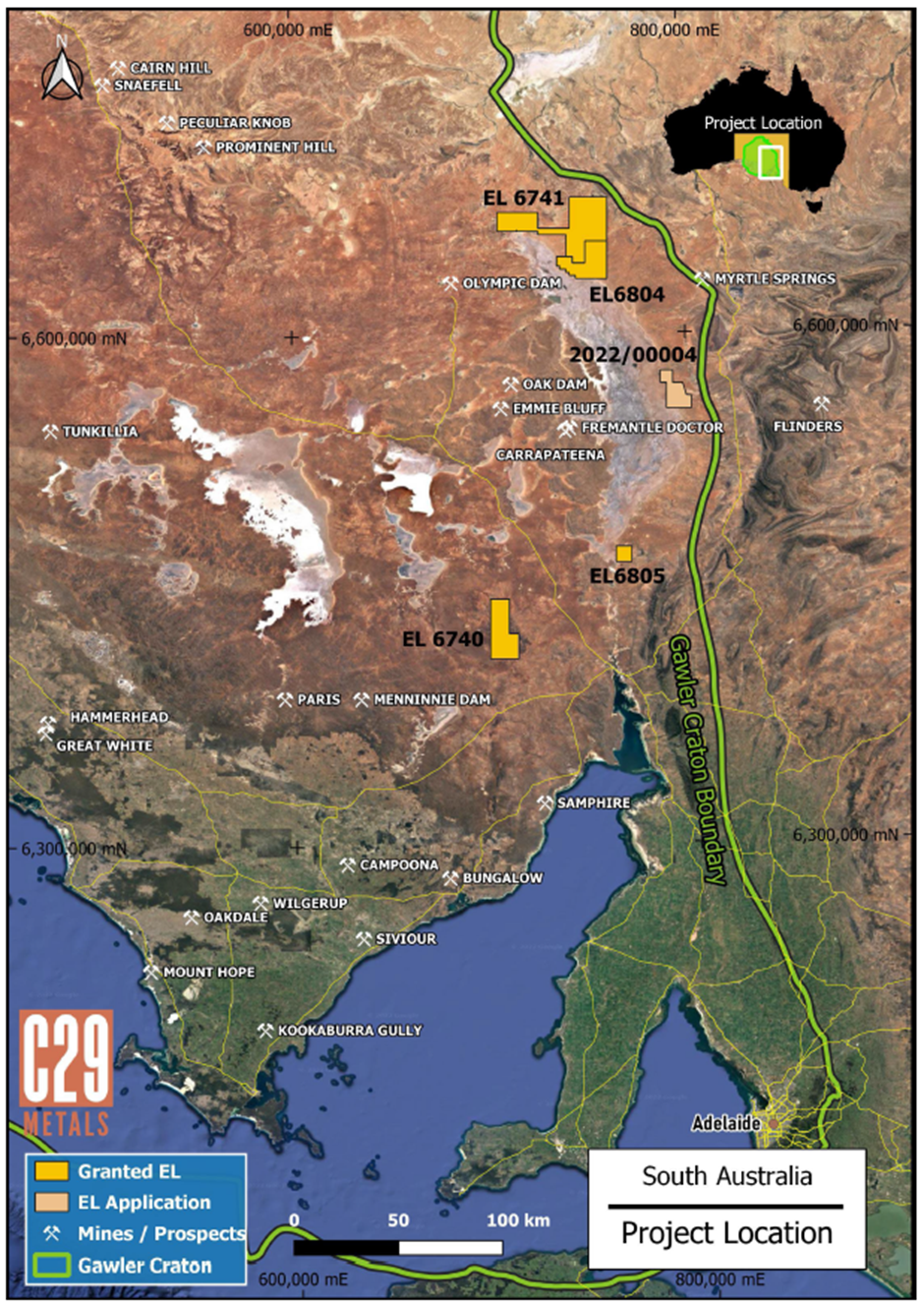 Location of new tenements of C29 and other prominent mines in the region (Image source: C29 update, 17 August 2022)

License EL6805 ‘Yadlamalka’ is spread across an area of 73km2 and has exhibited several coincident gravity and magnetic anomalies that are prospective targets for IOCG style Olympic Dam mineralization.

Copper presence in altered sediments of Wilpena Group, along with coincident lead and zinc sulphides, has already been established by the historical drilling operation over the tenure.

There has been limited use of modern geophysical methods for exploration over the tenure. Since it is highly underexplored, C29 is optimistic that with the use of the latest exploration technology, it could unlock the potential of the licence.

License EL6804 ‘Mulgaria’, spanning over an area of 370km2, is located in the southern part of Torrens North licence, that received grant in July 2022. Mulgaria also hosts several gravity anomalies and is prospective for IOCG mineralisation. Based on the SA government’s Olympic Dam IOCG Prospectivity Model, the licence is ranked moderate to high prospectivity.

C29 believes, like EL8605, EL6804 is also underexplored and could be unlocked using modern exploration methods.

C29 is awaiting approvals for the application ELA 2022/00004. Also, the company is working diligently to secure the necessary approvals to commence its exploration activities over the newly granted licences.