Australian explorer, Boab Metals Limited (ASX:BML) is advancing well, with the latest December quarter results being a clear indication of the Company's action-packed exploration journey on the Sorby Hills Project, located in the Kimberley region of Western Australia.

Significantly, Boab commenced the quarter on the back of a positive Sorby Hills Pre-feasibility study released in August and made headway with several recent project developments, confirming its buoyant exploration momentum.

With this backdrop, let us look at the key activities undertaken by Boab Metals during the December 2020 quarter.

Boab's Phase IV Drilling Program was founded on the encouraging PFS which confirmed a large near-surface Pb-Ag-Zn deposit underpinning the Sorby Hills project. The drilling program was set in motion with the primary focus to advance the project towards the DFS status. Therefore, the drilling of 58 holes over the total of 4,803m was concluded accordingly: 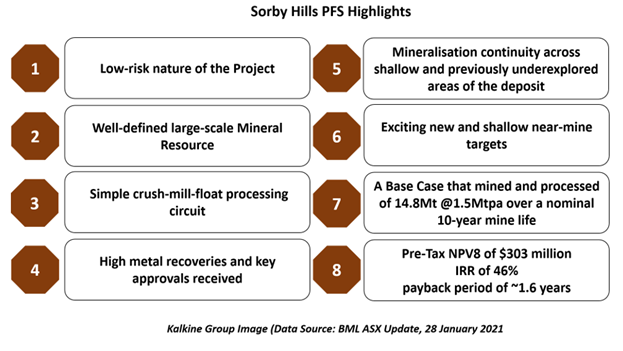 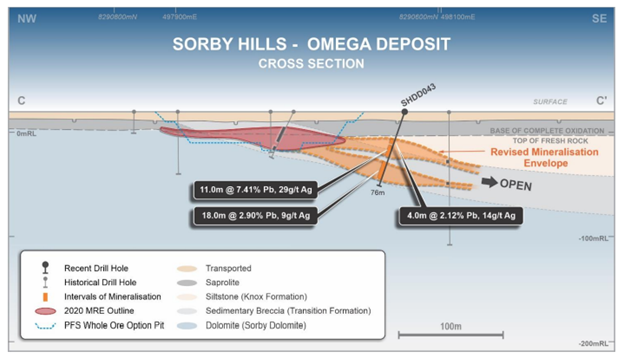 Post the quarter-end, Yuguang in mid-January 2021 confirmed its commitment to the project's development and working collaboratively with Boab in a constructive manner to ensure that Sorby Hills is fully financed.

Boab has meanwhile commenced an offtaker selection process and is undertaking a preliminary discussion with potential offtake partners including Yuguang, to assess their interest in Boab's 75% stake in Sorby Hills production.

Yuguang, in the context of JV discussion, has displayed its enthusiasm for Lead-Silver concentrate from the Sorby Hills and would potentially expand their offtake participation above what they currently deserve on account of their 25% interest in the project.  It is a constructive reflection of the excellence and advancing nature of Sorby Hills project.

In the next few months, the Company plans to advance further the offtaker selection process, which will be managed by BurnVoir Corporate Finance, Boab's financial adviser.

Following the receipt of key shareholder approvals in the Annual General Meeting (held on 23 December 2020), the Company changed its name to a more Kimberley-focused moniker - Boab Metals Limited (previously Pacifico Minerals) in January 2021 with a new ASX ticker code of ASX: BML.

The Company also carried out the consolidation of share capital on a twenty-five to one (25:1) basis post the quarter end after receiving key shareholder approvals. It is expected to be more appealing to institutional investors.

The Company also onboarded Mr David English as the inaugural Chief Operating Officer. Mr English has an extensive experience of around 40 years in Western Australia’s operations and project development. David English has demonstrated experience in DeGrussa Copper Gold Mine and Nova Nickel Mine, where he is navigating the projects through the development stage and production. Boab Managing Director, Simon Noon commented that the addition of Mr English to the team highlights the Company’s confidence in Sorby Hills’ development trajectory.

Meanwhile, an Option Exercise Program was completed, raising more than A$4.8 million with the issue of 321 million shares because of options conversion.

During the Quarter, the Company also raised A$240,000 with the completion of a Share Purchase Plan, issuing 13.33 million shares.

The above funds, in addition to the A$10 million raised via an institutional placement (in September 2020), would be used for further advancing the project to a Final Investment Decision in 2021. 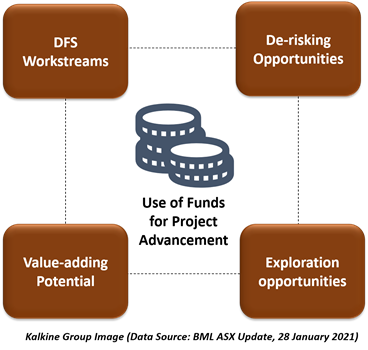