With a maiden positive quarter cash flow, AXP Energy Limited (ASX:AXP) demonstrated growth on all fronts during the September 2021 quarter. The low-cost oil and gas producer recorded a 31% increase in revenue on a Q-o-Q basis. Riding on strong oil and gas demand, the Company generated total revenue of AU$5,731,238 during the period ending 30 September 2021.

Mr Simon Johnson, Chairman of AXP Energy, stated “We are pleased to deliver this first quarter of positive cash flow, reflecting that we are in the very early stages of realising the benefits from the assets acquired opportunistically in the prior year. It’s a great start, but there’s a lot more upside to come as we better capitalise on the potential of our extensive well portfolio.”

“As we continue to make progress with our previously announced ramp-up of oil sales, AXP Energy is reaping the benefit of its production storage cushion and the opportunistic discretion it confers on management in bringing product to market at favourable prices”, Mr Johnson responded on the result.

Major highlights of the quarter

The cash flow for the quarter remained to the tune of AU$301k. AXP’s primary focus remains on increasing the capital investment to further boost the hydrocarbon production from its assets. 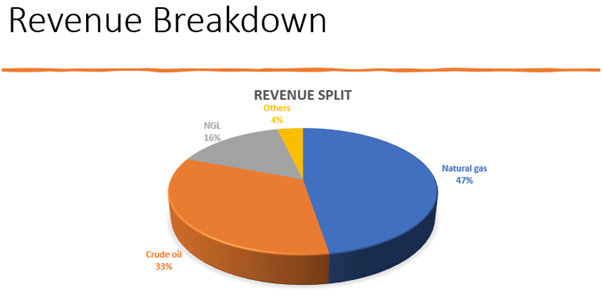 Production activities were a little curtailed with the downstream outages during the quarter. To boost the sales volume of the gas, AXP is assessing alternate sales channels. Working on this issue, the Company signed a binding Heads of Agreement (HOA) with US-based cryptocurrency mining service company Elite Mining Inc.

Under the HOA, AXP would supply natural gas to run the power generators installed on the production site. The electricity generated will be used to power the Elite Mobile Units, which will house the cooling systems and equipment required for cryto mining.

Similar opportunities are being evaluated at its leases in Kentucky, Virginia, Tennessee, Indiana and Illinois.

Crude oil production for the quarter averaged around 260bbl/d. With several field development activities ongoing, a further boost in production is expected. 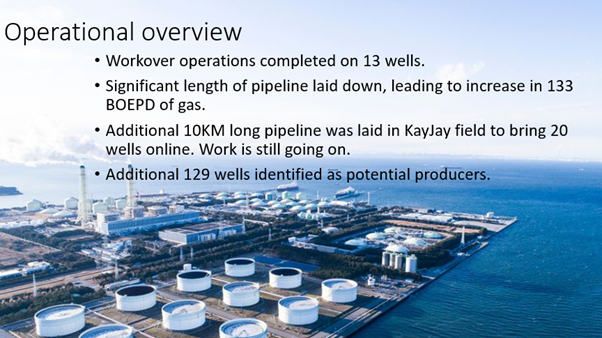 At the end of the September quarter, AXP’s cash and cash equivalents were reported at AU$4,066,519. AXP is well funded to carry out its development and workover operations without any external capital raising.