The benchmark index ASX 200 was trading lower by 10.50 points or 0.14% at 7,406.90. The index opened marginally higher early today, following firm cues from Wall Street, but soon pared the gains due to selling in index heavyweights such as Origin Energy, Afterpay, Redbubble, and A2 Milk Company.

Moving on to the sectoral front, ten of the eleven sectors were trading in the red zone. Utilities were the worst performer, falling nearly 3% loss. Information technology also witnessed a sharp sell-off, dropping 1.55%.

Bucking the trend, the materials index was the only sector that traded higher. The gain in material space was led by index heavyweights BHP Group (ASX:BHP) and Rio Tinto (ASX:RIO) which hit their fresh record highs. Meanwhile, Fortescue Metals (ASX:FMG) was down nearly 2% after hitting 52-week in the previous session.

On the COVID front, the state of New South Wales reported a decline in locally acquired COVID-19 cases. The case tally in the past 24 hours dropped to 170 compared to 239 infections reported on Thursday. Meanwhile, Victoria has recorded three new local cases. 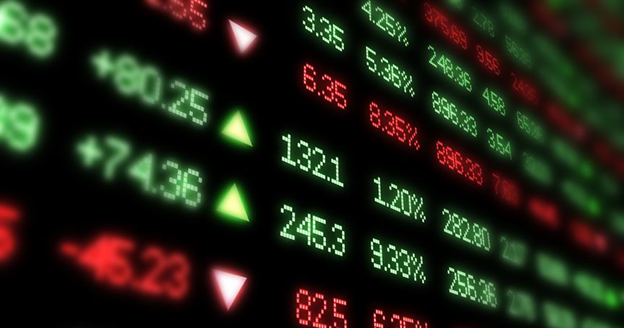 Among the individual stocks, energy firm Origin Energy (ASX: ORG) was the top percentage loser on ASX, falling nearly 9%. The company has disclosed that its earnings will take AU$2.2 billion hit due to the write-down of its core assets. 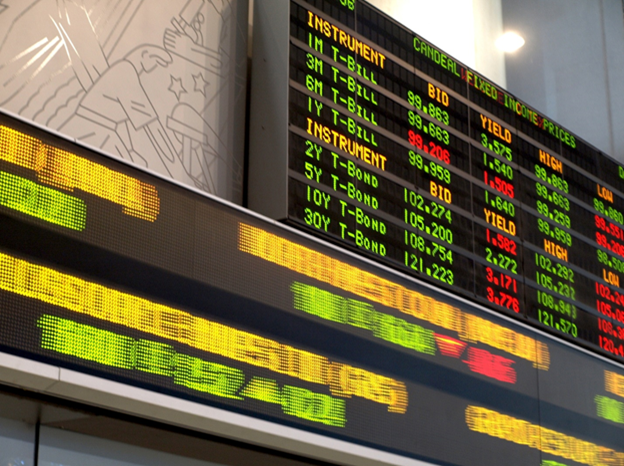 Shares of payment solution provider EML Payments (ASX: EML) were trading 1% lower at AU$3.59 at lunch. The company has reportedly secured a contract from the Northern Irish government to provide prepaid MasterCards worth 100 pounds to every adult in the country.

Shares of petroleum company Ampol (ASX: ALD) was trading marginally lower. The company has entered into a partnership with Australian Renewable Energy Agency (ARENA). The energy firm has signed a funding agreement with ARENA through the Future Fuels Fund (FFF) to deliver a fast-charging network to support the uptake of battery electric vehicles in Australia.

National Australia Bank’s (ASX: NAB) shares were up 0.7% at AU$25.94 after the lender unveiled buyback plans. NAB, one of Australia’s big four bank, to buy-back up to AU$2.5 billion of ordinary shares starting mid-to-late August 2021. As per the lender, it will buy shares on-market alongside its dividend reinvestment plan.

Meanwhile, another lender Commonwealth Bank of Australia (ASX: CBA) has released an update on change in financial reporting. The lender said that its full-year earnings report will include changes to the reporting format, including adjustments for software as a service implementation costs being applied retrospectively.

Shares of AMP Limited (ASX:AMP) fell over 1% to AU$1.05 on report of legal action against the financial services company. The Australian Securities & Investments Commission (ASIC) has started civil penalty proceedings in the Federal Court against six companies of the AMP, alleging these entities charged fees for no service on corporate superannuation accounts.

Shares of Bubs Australia (ASX: BUB) fell over 2% to 45 cents after the goat dairy products producer released June quarter results. The infant formula merchant reported improvement in gross revenue on quarterly basis, but it declined on prior quarter, due to fluctuation in demand caused by the COVID-19 pandemic.

Shares of Origin Energy (ASX: ORG) tumbled nearly 9% after the energy company disclosed its earnings to take AU$2.2 billion hit due to write down of its core assets. It expects to recognise non-cash post-tax charges of AU$2.2 billion in its earnings for financial year 2021, driven by write downs to its energy markets business and a deferred tax liability. The company will announce its results in August.