Nuheara Limited (ASX:NUH) announced its trading updates for Q2FY21, reporting a $4.81 million inflow of customer receipts for the quarter. The company benefitted through newly signed agreement over the December quarter.

On the other hand, Fischer and Paykel Healthcare (ASX:FPH) reported a massive spike of 73% in its operating revenue during the 9 months ending 31st December 2020 over PCP. The company also saw increased patient inflow during the reported 9 months.

Both the stocks have shown exponential growth in their financial performance backed by strong product characteristics and customer inflow.

Nuheara Limited (ASX:NUH) reported strong figures for Q2 FY21 with an inflow of $4.81 million in customer receipts and invoiced sales revenue worth $3.37 million. The total invoiced sales for the company amounted to $6.9 million for the FY21 half year.

The invoiced quarterly revenue for Nuheara Limited was up by a staggering 314% compared to the same quarter in FY20. Customer receipts also soared 429% from the same 3-month period in the previous year. The augmented hearing devices developer recently solidified its relationship with HP by signing a three-year manufacturing and supply agreement.

The sales have been driven through Nuheara’s multiple front strategy, focusing on the sales channels of Product and Services. The company aims to widen its reach to the global space in coming months to add to its revenue base.

The company also achieved record Direct to Customer sales during the quarter, equal to 3,696 units of IQbuds MAX, well above Q1 sales of 2,111 units. The Return on Advertising Spend, which was 2.1x, exceeded the previous quarter average of 1.7x.

The three-year agreement is subjected to one-year automatic renewals post contract expiry. The agreement includes the designing, manufacturing, and supply of multiple products throughout the length of the contract. 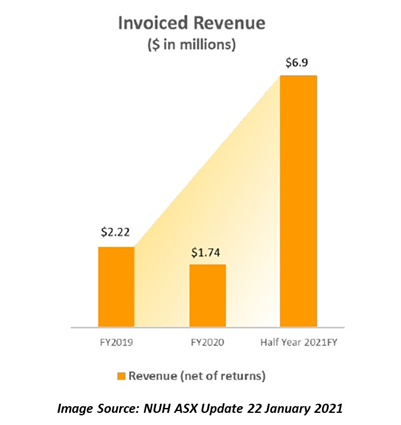 One of the most awaited products under the partnership is the true wireless earbud with a charging case. Nuheara would contribute to the product through its self-developed IP, making the product a co-branded item.

The product was developed under a $3.7 million Scope of Works Agreement and is soon to be shipped by the end of Q3 FY21.

ALSO READ: Why did Nuheara’s (ASX:NUH) share price jump over 3% in the early session?

Nuheara announced a capital raising worth $11.5 million through a placement of 287.5 million new fully paid ordinary shares. The funds received from the Placement would be utilised in facilitating future DTC sales and for supporting the credit terms for the manufacturing costs incurred under the HP contract.

With a Placement price of $0.04, the receipt of the funds would reflect in the Q3 financial report. Nuheara has a strong cash balance, the highest in the company’s history, which is expected to help accelerate its growth in the coming period.

In addition to the Share Placement, Nuheara has issued a buy-back notice to Lind for the remaining convertible note balance of $850,000. Following the issue of the notice, Lind decided to convert the buy-back notice into shares at the same issue price of $0.04.

Lind has purchased 20 million collateral shares of Nuheara, showing faith in the company and its future performance.

Also, TIME magazine also hailed Nuheara’s IQbuds MAX as one of the world’s Best Inventions of 2020.

Fischer and Paykel Healthcare (ASX:FPH) released its trading update for nine months ending 31st December 2020. The healthcare company recorded an increase in operating revenue on account of high influx of patients suffering from respiratory problems. Operating revenue for the period was 73% higher than the same period previous year. 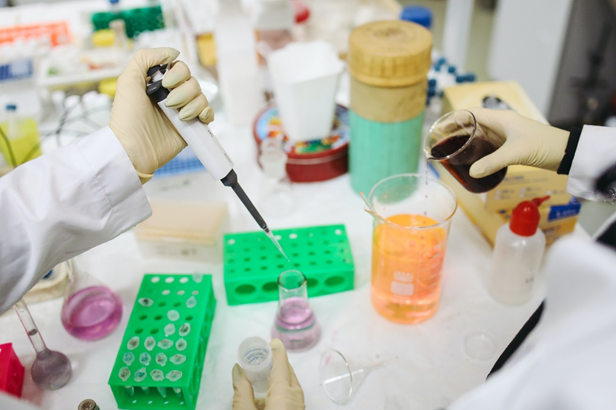 Health professionals have been under severe pressure to meet this increased demand for healthcare assistance. The hospital products, including products used for assisting acute and chronic respiratory problems, saw an operating revenue increase of 113% over the same nine-month period last year. Hospital hardware clocked a massive spike of 446% while consumables grew 54% during the period.

Outlook for the remainder of FY21

With current developments surrounding the vaccine, the healthcare company is uncertain about what would pan out for them in the future. Revenues could vary significantly in the coming months due to these developments. This could be a good indication for the hospital staff as well as for the patients.

The company expects the net profit after tax and revenues to be higher for FY21 than what had been anticipated earlier.

(All financial figures have been given in Australian Dollars)