The Australian shares closed the week on a positive note, thanks to strong buying in tech, mining, and travel stocks. The market sentiment was boosted by firm global cues as well as ease in travel restrictions for international travelers. Shares of travel stocks rallied after NSW Premier Dominic Perrottet announced this morning that the state will open its international borders to Aussies and overseas citizens from November 1 with certain conditions. In travel space, the biggest gainers were Flight Centre, Webjet, and Qantas.

On the sectoral front, all the indices, barring utilities, ended in positive terrain. The materials sector emerged as the best performer with a 1.37% gain, owing rise in iron ore prices. The material sector was followed by tech, which surged 1.35%, tracking overnight gains in the US counterpart, NASDAQ Composite.

Among others, consumer discretionary, financial, and industrials settled with the modest gain, while A-REIT, energy, telecom, and health care ended marginally higher.

Bucking the trend, utilities sector witnessed a surge in selling and ended 0.74% lower. 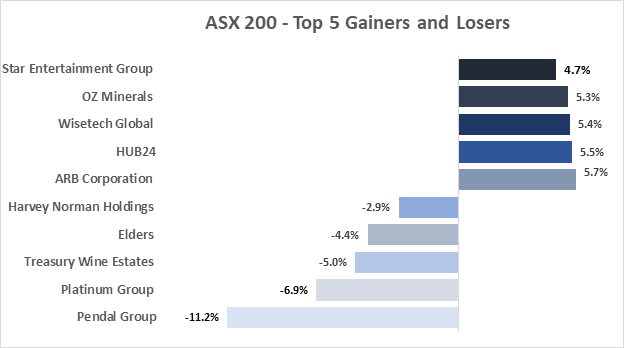 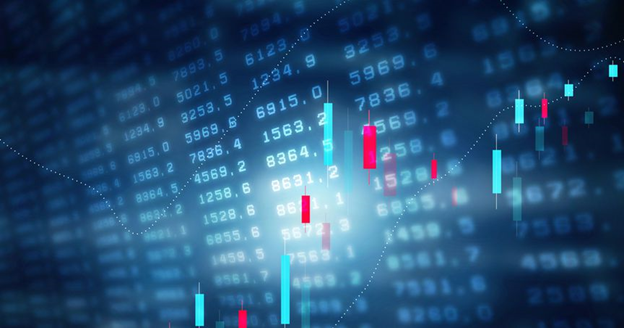 Shares in the Asia-Pacific region traded mostly higher on Friday, following overnight gains in Wall Street. The market sentiment was dented by the robust corporate earnings outlook of overseas firms. However, persistent concerns about the Chinese economy’s growth capped market gains. India’ BSE Sensex was closed on account of the Dussehra festival celebrations.

Japan’s Nikkei traded 1.5% higher on Friday and is slated to post first weekly gains after three straight weeks of losses.

Among other Asian markets, The Straits Times in Singapore rose 0.35%, while Thailand’s SET Composite gained 0.25%. China’s Shanghai Composite also traded 0.3% higher at the time of reporting.

Bucking the trend, Indonesia’s Jakarta Composite was down 0.6%.

Meanwhile, Wall Street closed higher on Thursday as investors cheered strong earnings reports by the likes of Bank of America and UnitedHealth. The market sentiment was also lifted after President Joe Biden signed into law a bill raising the United States debt limit until early December. The Dow Jones gained 1.4%, the S&P 500 surged 1.6%, and the NASDAQ Composite settled 1.65% higher. 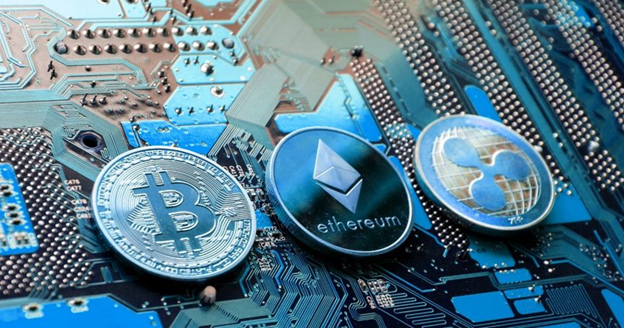 The major cryptocurrencies traded cautiously higher during the Asian Trading hours on Friday. The crypto total market cap was up nearly 2% at US$2.43 trillion at the time of reporting.

The market showed signs of exhaustion after a recent rally as investors remained worried about rising inflation. The minutes from the Federal Reserve’s September meeting revealed that policymakers are worried that inflation pressure which may prompt the central bank to roll back economic stimulus sooner than expected.

The price of Bitcoin, the world's largest cryptocurrency by market cap, was up over 2% at US$59,300. The most popular crypto has gained over 10% in the last seven days.

Ether, the world’s second-largest crypto, was trading higher by over 5% to US$3,800. The coin linked to the ethereum blockchain has surged 7% in the past one week.

Meanwhile, the price of Cardano, the third-largest cryptocurrency by market cap, rose marginally by 0.2%, while Dogecoin price fell over 1%.

Other virtual currencies such as Binance Coin, Litecoin, Tether, Shiba INU, XRP, Stellar, Solana, and Uniswap were trading on a mixed note.