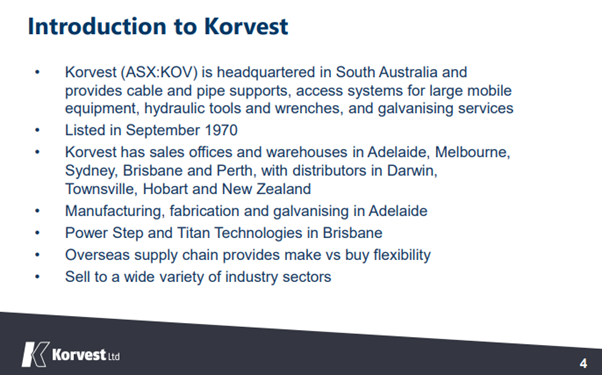 Korvest noted less project work and a little drag on the market. Job Keeper payments were $1.86 million before tax. Earnings per share were 25.1 cents, up 32.1% over 19 cents in the same period last year.

A significant lockdown in Victoria after the national lockdowns disrupted normal trading as Victoria branch faced the greatest impact given the prolonged restrictions. There were restrictions on the number of people that could be onsite at any time, which also influenced product sales.

The record date for the 15 cents per share interim dividend is 19 February 2021, and the pay date is 5 March. The company is also running a dividend reinvestment plan.

Korvest said energy costs are down over the past twelve months after an extended period of rising cost. It has locked electricity usage costs until 2023 at 2020 rates, while total gas and electricity costs remained unchanged over the previous corresponding period. 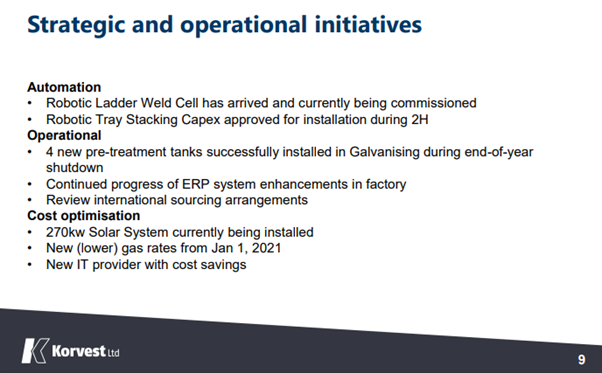 The company said 2H trading conditions would be similar to the first half. It would continue to deliver products to a major project, which is running since the first half. Korvest has not qualified for the JobKeeper 2 scheme.

While the company has not provided any near term forecast, it said that infrastructure pipeline over the medium term remains strong.