Increased demand for staple goods during the pandemic times has amplified the overall consumer staple sector in Australia. The price-based competition has also moderated from the last couple of years, that helped major companies to focus on their profit growth. Many companies have increasingly focused on improving their customer’s shopping experience by enabling online shopping facilities. 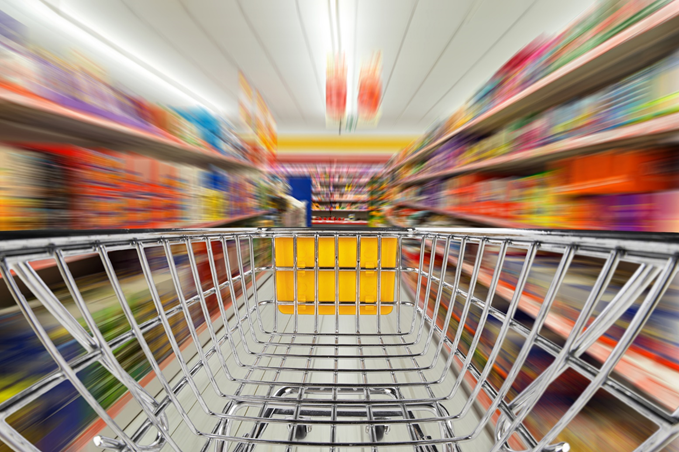 Despite the pandemic and strict lockdowns, this sector has witnessed number of stocks delivering impressive gains over the time. This article will walk you through some exciting consumer staple stocks to look in September. 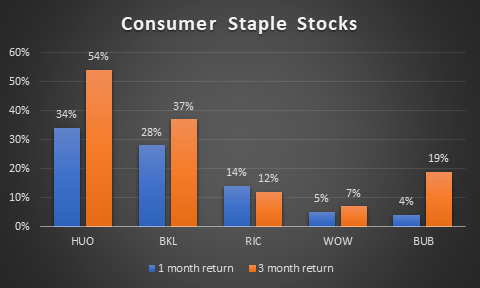 The AU$417.51 million company – Huon Agriculture – is one of the largest family-owned business, that operates as a vertically integrated salmon producer in Australia.

HUO’s earnings were significantly impacted by the pandemic, that resulted in a statutory loss of AU$128 million for the 12-month period ended on 30 June 2021. According to the latest results announced in late August –

Earlier on 6 August, the group announced that it has entered into a scheme Implementation deed with JBS to acquire 100% of Huon shares. On 2 September, Huon shares were trading 0.020% high at AU$3.820 at 12:12 PM AEST.

The ASX-listed Blackmores Limited is a natural health company in Australia, providing range of vitamin, minerals, and other nutritional supplements. 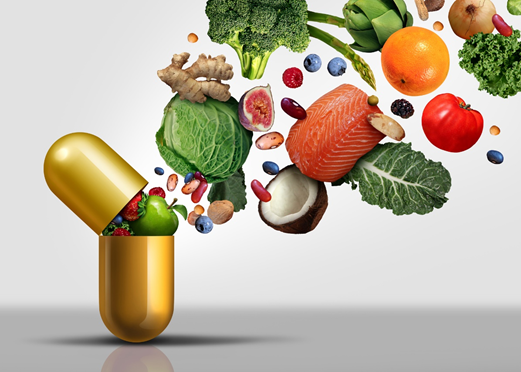 Vitamins supplements as a capsule with fruit vegetables nuts and beans inside a nutrient pill Source: © Jirsak | Megapixl.com

Blackmores achieved a strong progress in FY21 returning to profitable growth despite the headwinds in the economy. According to its FY21 results:

The company has achieved a good level of improvement in overall financial metrics delivering a strong operating performance. According to its FY21 results published in late August –

With increased earnings, and operating cash flow, company achieved a reduction in net debt of AU$64 million. On 2 September, RIC shares were trading 0.010% high at AU$1.310 at 11:09AM AEST.

Woolworths Group Limited operates as one of the largest food retailers in Australia, with a market cap of AU$51.92 billion.

The Group has achieved healthy sales growth for the year ended on 27 June 2021. According to Woolworths’ FY2021 annual results-

BUBS Australia is one of the largest infant milk formula manufacturers in Australia.

Despite the uncertain market fluctuations, the Company highlighted some growth in core products along with focus channels. According to the Company’s FY21 Annual report released on 30 August –

With outstanding revenue generation, BUBS Australia is now one of the fastest growing Infant Formula manufacturer in Australia. On 2 September, BUB shares were trading 0.011% low at AU$0.420 at 1:21 PM AEST.