BNPL players Afterpay (ASX:APT) and Zip Co (ASX:Z1P) have had a phenomenal year owing to the popularity of their lucrative lending services during the pandemic. Both companies have released their financial reports for the first half of FY21. 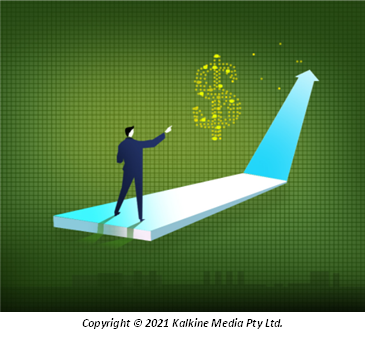 Here’s a closer look at how these BNPL leaders performed during the period:

Afterpay’s (ASX:APT) performance has been exceptional over the 6 months ending 31st December 2020. However, the BNPL giant failed to make a mark in the share market as the company’s share price hit a one month-low despite the announcement.

The dip in Afterpay’s share price comes after its request for a trading halt, alongside the release of its financial results. Thus, share prices are not expected to change for the day. The company has requested a trading halt ahead of a capital raising.

Afterpay reported a 106% increase in its underlying sales to AUD9.8 billion during the half year period. The company’s income for the period was reportedly AUD374.2 million, up 108% over the previous corresponding period.

Afterpay also racked up an 80% increase in its customer base to reach 13.1 million active customers during 1HFY21. The company’s EBITDA for the period saw a massive uptick of 521% to reach AUD47.9 million during the period.

The gross loss as a percentage of sales also improved by 0.3 percentage points to reach 0.7%. The increase in customers in international regions usually leads to greater loss rates, however, the company managed to achieve 5.8 million new customers despite a decreased loss rate. This was a result of the company’s differentiated, customer centric model.

Additionally, Afterpay’s balance sheet remained strong with over AUD1.7 billion worth of pro forma liquidity and growth capacity by the end of the half year period.

The company’s upcoming project, Afterpay Money is aimed at providing Australians with a seamless app enabling them to manage all their payments together. The application is expected to release in Q1FY22, with a pilot underway.

The Afterpay Money app would give the customers an integrated view of their salary as well as their upcoming Afterpay payments lined up.

On the global front, Afterpay has plans to invest internationally and develop new revenue generating products. The company’s US business would be the expansion channel in the upcoming months due to increased investor demand in the region.

ALSO READ: Will Splitit Give Afterpay a Run for its Money?

Another leading BNPL player Zip Co (ASX:Z1P) reported strong performance throughout the first half of FY21. The total transaction volume for Zip during the half year period was AUD 2,320.6 million, up 141% over the previous corresponding period.

The company’s revenue was reported at AUD159.8 million, up 131% over previous year’s first half. Additionally, Zip Co recorded positive cash EBITDA during the half year period.

The phenomenal results, however, failed to translate into a stock market uptick for the company’s share prices. Despite promising results for the half year period, Zip Co traded lower today at AUD10.98 per share. This was the stock’s lowest in over a week, though the stock has gained substantially over the last one month.

The company’s active customer base saw an increase of 217%, year-on-year, to reach 5.7 million active customers. The acquisition of Quadpay in August 2020 helped the company gain a substantial foothold in the US BNPL market.

This move has allowed Zip to a revenue as percentage of total transaction value of 6.89%, gross margin as a percentage of TTV of 3.71% and a revenue yield of 25%. Moreover, Zip now has over 38.5k merchants across the US, Australia, New Zealand and the UK.

The firm has also secured partnerships with Gamestop, Fanatics, Newegg, Sunglass Hut in the US and with Harvey Norman, Domayne and Adore Beauty in Australia. The company’s UK launch in December 2020 also enabled it to rope in greater revenues.

The company states that it has laid foundations to accelerate global growth in FY21. After its acquisition of the US-based Quadpay and its UK launch, Zip continues to look for opportunities that would enable further expansion.

The company plans to focus on growth and product expansion through the four channels of payment acceptance, app engagement, global expansion, and Zip Business. The company states that iconic merchants are seeking to invest in the company to capitalise on the company’s growing global presence.