Australian shares ended sharply lower on Friday amid persistent concerns about the COVID-19 situation in the country, while weak cues from global peers also weighed on market sentiment. The sharp losses follow an overnight sell-off on Wall Street that sapped risk appetite for risk-sensitive stocks. The concerns over the impact of coronavirus’ Delta variant on the global economy also left investors jittery.

The resurgent of COVID-19 cases in Australia has triggered concerns about the country’s economic recovery. The country's most populous state of New South Wales (NSW) has reported 44 new locally acquired cases of coronavirus in the past 24 hours, which raised fears of lockdown extension in the region. While government has further tightened curbs, state and territory leaders have decided to establish a home quarantine trial for fully vaccinated travelers in South Australia. Prime Minister Scott Morrison has said that National Cabinet has agreed to start pilot program "as soon as possible".

All Sectors Ended in Red 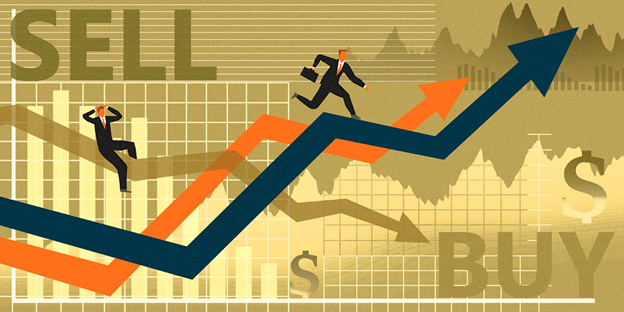 In a rare sight, all the indices ended bleeding in red. The information technology sector was the worst performer with 3.14% loss, followed by consumer discretionary which fell 2%. Among others, industrials, financials, health care and A-REIT also ended with over 1% loss.

The tech stocks emerged as top loser amid ongoing Chinese tech-rout and a weaker closing of the NASDAQ, which pulled back on Thursday in a broad sell-off in US stocks. Buy-now-pay-later giants Afterpay (ASX:APT) and Zip Co (ASX:Z1P) and Nearmap (ASX:NEA) were the top losers on the board. Besides, tech firm Xero Limited (ASX:XRO) software solutions provider WiseTech Global Limited (ASX:WTC) and data centre operator NEXTDC Limited (ASX:NXT) also ended in red.

Shares of Silk Logistics Holdings Limited (ASX:SLH) made strong debut on the ASX today, surging 22.5% to AU$2.45 on the first day of trading. The offer of AU$70 million received strong support from investors, taking the market capitalisation to AU$151 million at the time of listing.

Another debutant Charger Metals also witnessed strong buying on the first day of trading. The Australian-based minerals company Charger Metals surged 17.5% to 23.5 cents on the ASX debut, in an otherwise weak broader market.

Buy-now-pay-later firm humm Group Limited (ASX:HUM) slipped as much as 4.5% to 96.5 cents on exposure to Forum Finance fraud case. The firm said its managed services division dealt with equipment financier Forum Finance between 2016 and 2018 regarding equipment finance to several vendors.

The share price of Abacus Property Group (ASX:ABP) was trading higher with marginal gain after the property group said the value of its property portfolio climbed by AU$140 million as at June 30, 2021. As at June 30 commercial property made up AU$1.9 billion in value, with self-storage at AU$1.4 billion.

Shares of high-street retailer Myer Holdings Limited (ASX: MYR) fell 1.15% to 43.5 cents on Friday. Overall, the stock ended week on solid note as it witnessed surge in buying after top investor Premier Investments Limited (ASX:PMV) raised its stake in the company to 15.77% earlier in the week.

Shares of Fe Limited (ASX:FEL) rose as much as 6.8% to 6.3 cents after the iron ore producer said it has executed port contracts at its JWD Iron Ore project, located in Goldfields. The company said it has signed a port access and services deal and a licence agreement for the storage and handling of iron ore at its Geraldton Port and added that its crush-and-screen plant is now operational and final product is accumulating ready for haulage to port.

Shares of Viking Mines Limited (ASX:VKA) rose as much as 41.2% to 2.4 on gold prospects in Western Australia project. The gold miner said two of the six holes reported have been reviewed, visible gold has been sighted in multiple zones in both holes in First Hit project in Western Australia.

Medicinal cannabis supplier Cann Group (ASX:CAN) shares gained as much as 3.8% to 41.5 cents on Friday. The company stated it has recovered about AU$1.2 million of the AU$3.6 million lost in a cyber security incident announced on 8 February.

Shares of annuities provider Challenger Limited (ASX:CGF) dropped 2.17% to AU$5.85 in line with benchmark indices. The company’s shares soared more than 13% on Wednesday after the company said it had sold an 18% stake in itself to retirement services provider Athene Holding Ltd and private-equity firm Apollo Global Management.

The share price of Lithium Energy Limited (ASX:LEL) jumped 6% to 36 cents after the company confirmed its plans to pursue commercial opportunities for using Graphene produced from its 100% owned Burke Graphite Deposit.

Asian stocks were also bleeding in red, barring Hong Kong and Singapore, as concerns about the coronavirus situation in parts of the region dented investor sentiment.

Japan's Nikkei was the worst performer in the region and fell as much as 2.5% after the country declared state of emergency in Tokyo to contain the continued virus spread, just two weeks ahead of the spectator-free Olympic Games.