The stocks of the ASX-listed exploration mining company Apollo Minerals Limited (ASX:AON) soared as much as 67% to trade at AU$0.120 during the initial trading session on Wednesday, followed by a significant announcement made by the miner related to its Kroussou zinc-lead project located in Gabon.

In an upbeat announcement made by AON, it has stated that the maiden drilling results at the Dikaki Prospect confirm a strong potential for a large-scale, shallow, flat, and broad mineralisation system at the project area In addition, the continuity of mineralisation across multiple zones of Dikaki Prospect is present at a very shallow depth that would allow simple and low-cost open-pit mining in the area.

The Kroussou Project covers an area of nearly 986.5 sq. km in the Ngounié Province of Western Gabon. The project consists of Zn-Pb mineralisation that is hosted in Cretaceous sediments of the Cotier Basin.

Historical exploration results at the project location have already identified 150 base metal occurrences along a +80km strike line. 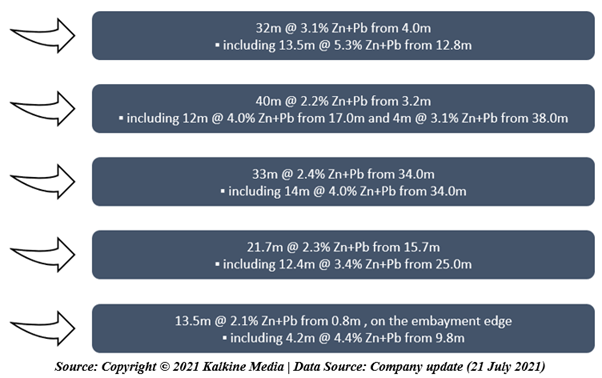 The miner has commenced the maiden drilling program at the Dikaki Prospect of the Kroussou Project during April 2021. Dikaki is one of the key prospects of the project out of a total of 18 prospects.

The Phase I drilling program at the Dikaki consists of 46 planned drill holes to test the mineralisation within the area. Among the total, the company has received assessment results for the 11 holes that have successfully demonstrated high-grade zinc and lead mineralisation within 40m of surface.

The miner is expecting further results from the remaining 35 holes completed at the Dikaki prospect soon.

Must Watch: The Buzzing Trends || Why Are Iron Ore Prices Volatile Of Late?

With the completion of Phase I drilling program at Dikaki, the miner is now focusing on the initial drill testing of the highly prospective Niamabimbou Prospect, another key prospect of the project area. AON is focusing to drill multiple targets at the prospect area along a strike length of 8km. In addition to that, the miner also plans exploration work for the broader Kroussou Project area that includes: 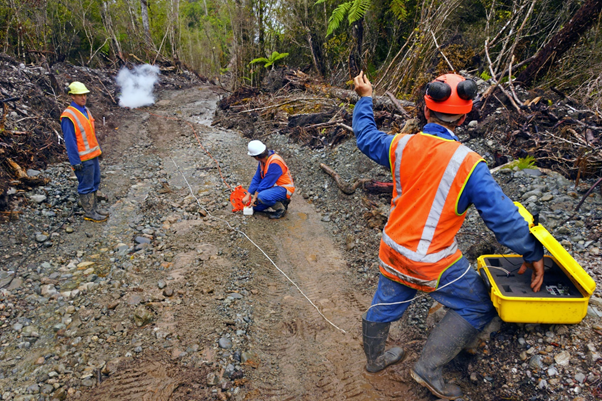