The group reported revenues of $84.4 million in FY19, an increase of ~25% (Y-o-Y) on the back of strong growth posted by Offshore Services. Looking at the segment performance, Engineering recorded a growth of 26.12% in FY18 to $23 million as compared to $18 million in the previous year. Offshore Services recorded a higher growth of 42.79% to $98 million and supported the overall sales growth in FY19. Correspondingly, the group’s gross margins improved from 15% to 20%.

On Geographical basis, Australia, domicile for the company recorded the highest revenue growth of 47% to $56.99 million. Asia and the Middle East posted a de-growth in revenue coming in at -26%. Revenue from the UK also saw exuberant growth of 25% in FY19. 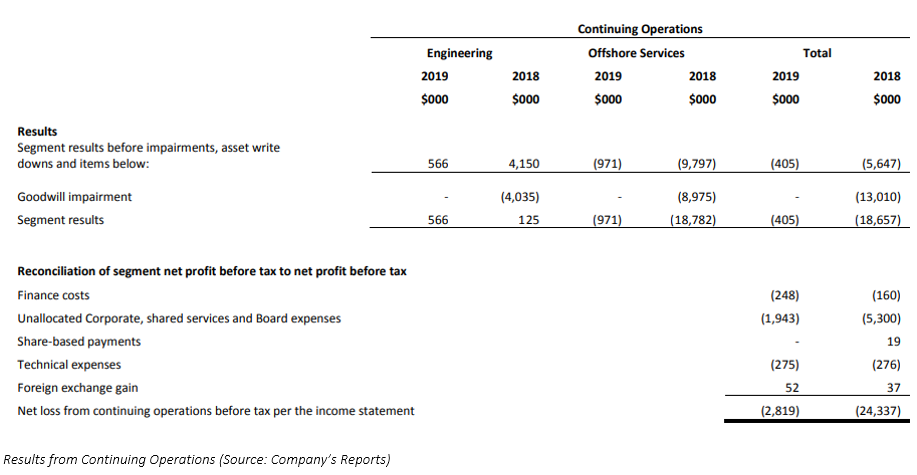 Total current assets on the balance sheet grew 54% to $37.63 million. However, total current liabilities grew at a much higher rate of 113%, mainly on account of ‘Trade and other Payables’. As a net effect, net current assets as on 31st March 2019, were 5% down as compared to the previous corresponding year. With total non-current assets of $15.03 million, total assets increased to $52.66 million in FY19 from $41.18 million in FY18.