The Australian share market closed higher on Thursday, on the back of strong gains in realty, tech, utilities and telecom stocks. Investors remain in upbeat mood ahead of the US inflation data due tonight for more clarity on the Fed's policy outlook.

The ASX 200 closed higher by 32.30 points or 0.44% at 7302.50. Earlier today, the index opened flat tracking tepid cues from the US stock markets which closed largely subdued overnight. Over the last five sessions, the index has gained 0.63%.

The market breadth, indicating the overall strength of the market, was strong with nine of the 11 sectoral indices trading in green. The A-REIT sector emerged as the top gainer, rising 2.44%. Among others, Information Technology, Utilities, Financials, Telecom and Healthcare also witnessed surge in buying activity.

On the other hand, Energy was top laggard with 1.1% loss, followed by Materials.

Australia-based fintech company Iress Ltd. (ASX:IRE) is the top percentage gainer on the ASX, surging 16.8% to hit one month high of AU$12.63 amid report that a big buyer was in talk to acquire its shares. The company, however, clarified to exchange that it has not received a direct approach and could not comment further.

On the other hand, Monadelphous Group Ltd. (ASX:MND) was top laggard on the ASX, which closed down by 2.953% to AU$9.86. Worley Limited (ASX:WOR), Corporate Travel Management Ltd. (ASX:CTD), Oil Search Ltd (ASX:OSH) and A2 Milk Company Limited (ASX:A2M) were among other notable losers, that were down between 2.8% to 3.6%. 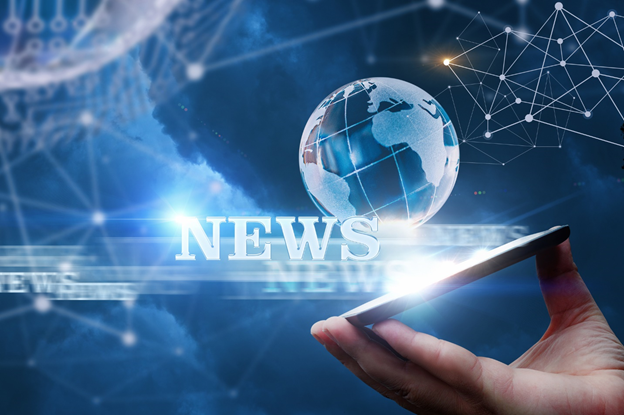 Shares of the graphene technology firm Sparc Technologies Limited (ASX:SPN) jumped as much as 10.5% to 31.5 Australian cents, their highest since 23 March 2021, after the company stated new test work in leading coating products has delivered exceptional results. The firm said commercially available epoxy coatings to company’s graphene additives showed up to 62% improvement inscribe creep, a measure of corrosion resistance.

Shares of Black Canyon Limited (ASX:BCA) surged as much as 29.6% to 35 Australian cents. The company shared field assessments have confirmed widespread manganese mineralisation at Flanagan Bore prospect in Pilbara, WA. BCA also added it has scheduled drilling to start at Flanagan Bore in the upcoming quarter.

Asian markets extended day’s gain, led by China’s Shanghai Composite, as correction in bond yields bode well for riskier assets. Investors await US data on inflation and job claims, slated to be released tonight, which will set tone for global equities in the near term.

The Mainland Chinese stocks are trading higher with the Shanghai Composite jumping 0.8%, and the Shenzhen component rallying by 1.3% as investors shrugged off inflation concerns. The rally was also supported by data on manufacturing, which beats street estimates.

In the Chinese autonomous region of Hong Kong, the Hang Seng Index is trading higher by 0.3%. India BSE Sensex is UP 0.3% after making positive opening.

The cryptocurrency market witnessed surge in buying during Asian trading hours on Thursday, with Bitcoin price surging nearly US$38,000 after a country made Bitcoin a legal tender. El Salvador has officially adopted Bitcoin as a legal tender after Congress gave nod to President Nayib Bukele’s proposal to embrace the digital coin. With this, the Central American nation become the first country to in the world to officially adopt Bitcoin as a legal currency.

The crypto markets have witnessed a surge in selling in recent past amid a slew of negative developments. The market sentiments were dented after the US Federal officials recovered the US$2.3 million in Bitcoin that Colonial Pipeline paid to a criminal outfit after a ransomware attack. Besides, the concerns about the US Federal Reserve tapering economic stimulus following the improvement in economic situation also caused short-term jitters in the market. In a fresh development, China’s Qinghai province, the coal-based crypto mining hub, has imposed a ban on virtual currency mining operations, as per a government order issued on Wednesday.