Following an impressive third-quarter performance, Spacetalk Limited (ASX:SPA) has delivered another record-breaking quarter with the highest quarterly revenue in its history. The ASX-listed global technology provider has released a preview of its Q4 and FY21 results (unaudited) and highlighted that it will report the audited results in August 2021.

The Company revealed that the record revenue reported in Q4 and FY21 was driven by a combination of robust demand and sell-through of its devices, continued growth in App revenue, and the huge new tier-1 partnerships.

Spacetalk disclosed that it raked in the best Q4 revenue in its history. The key highlights from the quarter include- 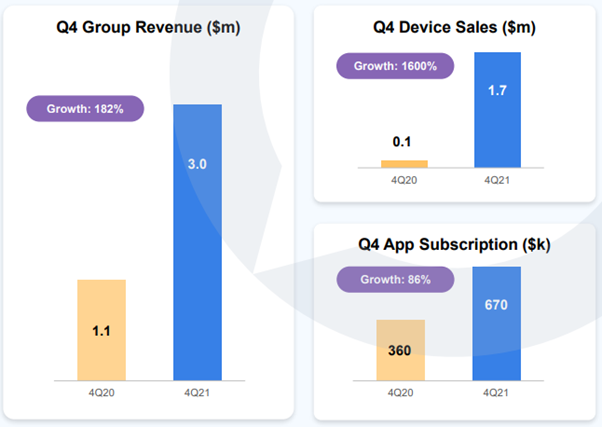 Business highlights of the fourth quarter

Spacetalk stated that the new partnerships made in Q4 with some of the world’s largest telcos, including Telstra, Telefonica UK (O2), Virgin UK, corroborates the robust growth in the kids smartphone watch category. Spacetalk is the first and only offering in this specific category for its partner telecom companies. 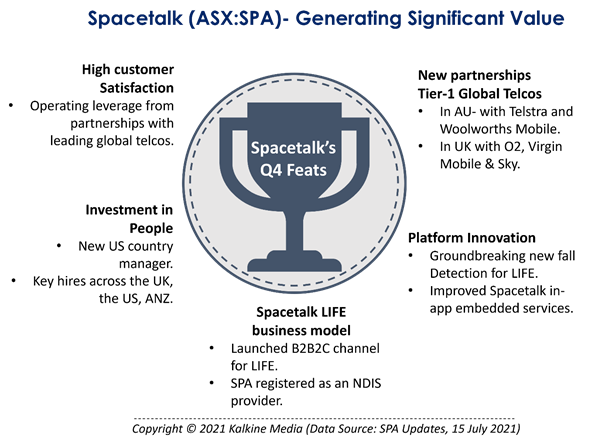 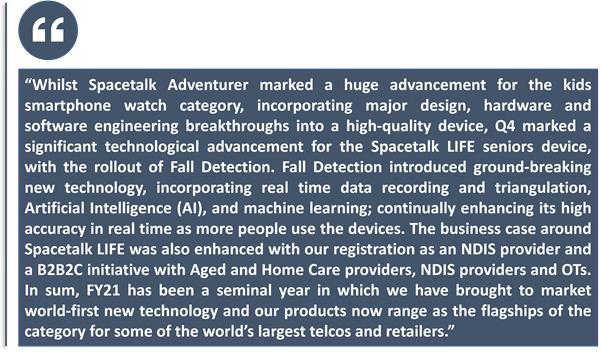 In FY21, the Company remained focused on its strategic priorities, including growing its top line, capturing the global market opportunity, expanding Spacetalk LIFE distribution and improving the operating cost efficiencies.

Moreover, the Company remains on track for a US launch in CY2021.

Spacetalk continued focusing on advancing its applications and enhanced the in-app experience. The Company incorporated new features like family chat and fall detection in its devices.

DO READ: Spacetalk (ASX:SPA) approved as an NDIS registered provider

Furthermore, the Company remained focused on improving operating cost efficiencies that will be provided in the audited FY21 results.