Sultan Resources Ltd (ASX:SLZ), the new entrant to the Lachlan Fold Belt, announced the soil and rock chip assay results from the Tucklan prospect. The current exploration program is targeted to identify the priority drilling targets with potential to hold high tenor Au-Cu porphyry with epithermal gold mineralisation at the Big Hill, Tucklan and Ringaroo deposits. 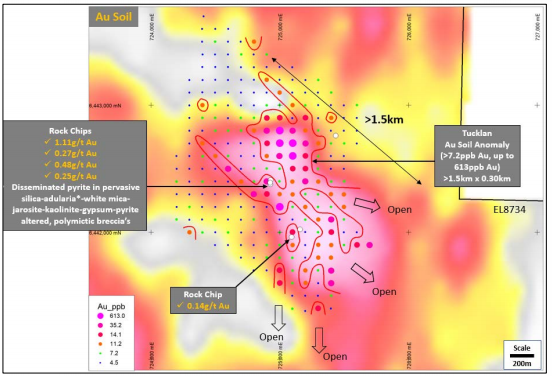