The Australian stock market remained gloomy even today and continued the downtrend by finishing in the red zone at 5719.8, down by 2.19 per cent as compared to Friday's closure of 5847.8.

The depressing trend continued despite a rebound on the Wall Street and all sectors in the Australian stock market ended in the red zone today, for the third consecutive day.

The virus crisis has still tightly gripped the US and other countries, and it seems the market is unable to keep itself immune from these uncertain circumstances.

The best performing stocks for today's market were:

The worst-performing stocks for today were: 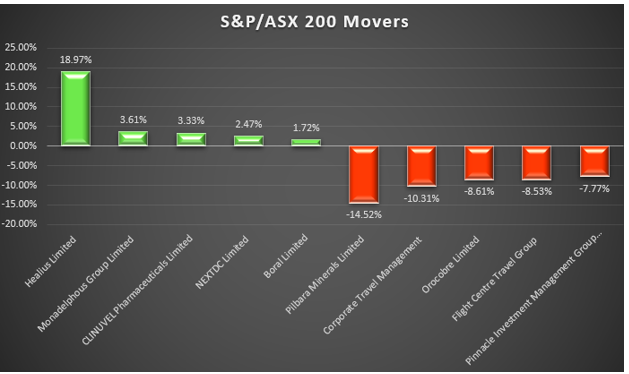