Initially, the market entered the red zone in the early trade today but managed a sluggish surge from then onwards and ended at 5819.2, up by 1.10 per cent as compared to Friday's closure of 5,755.7.

The market situation remains uncertain due to Covid-19 impact and trade tension among the US and China. However, it was slight relieving for the market that Trump's stand on Honk Kong was not as dramatic as was being feared by the investors. He ended his country's special trade relationship with Honk Kong as a response to China.

With further ease of coronavirus restrictions in states across Australia, now pubs, clubs, and restaurants have allowed more customers at their venues in South Australia, Victoria, New South Wales, and Queensland, and intra-state travel is allowed.

The top 2 gainers for today were-

The worst-performing stocks were –

Let's see the graph below to view the top five best and worst performing sectors today: 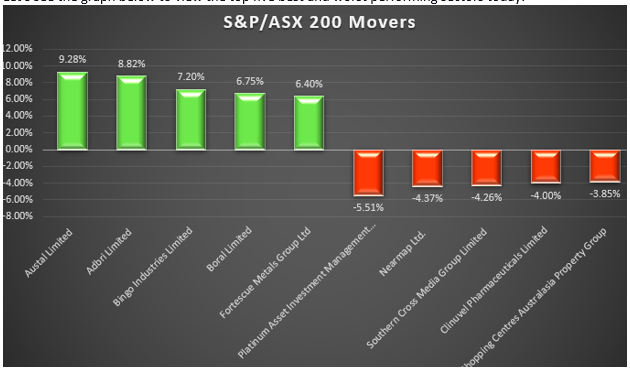