Telecommunication services has changed the way Australians interact as demands for Mobile has increased over the fixed line services. There is a rise in revenue generation due to increase in consumption of mobile data.

As per the annual report (2017-18) filled by ACCC on competition and price changes in the Australian telecommunications sector, real prices of telecommunications services continued to decline across most categories with Data consumption continuing its inexorable rise, supported by increasing data allowances. The report also stressed on the continued investment in network capacity driven by competition, while NBN rollout continued towards completion as the focus shifts to the operational phase.

Superloop Limited (ASX: SLC) is the trusted enabler of connectivity and managed services in Asia Pacific with the principal activities including construction and operation of independent telecommunications, operation of wireless broadband network, provision of IT services, cyber safety and residential broadband services.

As per latest ASX update on 24 September, Superloop would undertake a fully underwritten $90 million equity raising, which includes a 1 for 6 pro rata entitlement offer of fully paid ordinary shares of approximately 42,216,840 to raise $35 million. The balance of $55 million would be raised via a fully underwritten two-tranche institutional placement representing approximately 18.7% of the ordinary shares. The offer price for the Entitlement Offer will be $0.82 per share.

The company further announced recapitalision of its existing senior debt, with the renegotiated covenants more appropriately aligned to Superloopâs business. 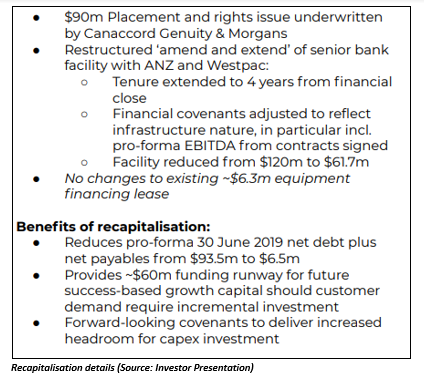 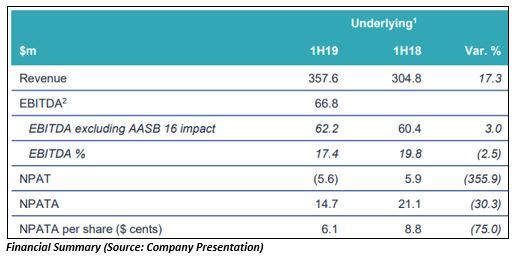