What is the buzz about Taco Bell vs Taco Bill?

Infringement refers to the violation of rules and regulations that could result in penalties.

Nature of the Infringement:

In Australia, infringing conduct will differ subject to the type of Intellectual property (IP) right concerned, protected by its own legislation. It is the legislation which defines the steps that would be taken against the person engaged in the infringement.

There could be instances where the complaints can be made related to the IP matters that are not defined in the legislation. An example of such a case is the breach of a confidentiality agreement. If Party A and Party B are into an agreement and if Party A intends to breach a confidentiality deal, then Party B can take action to restrict Party A from revealing or inappropriately using the information.

Intellectual property (IP) rights give the owner of the IP with time as well as opportunity to commercialize their designs. Below are the types of IP protection: 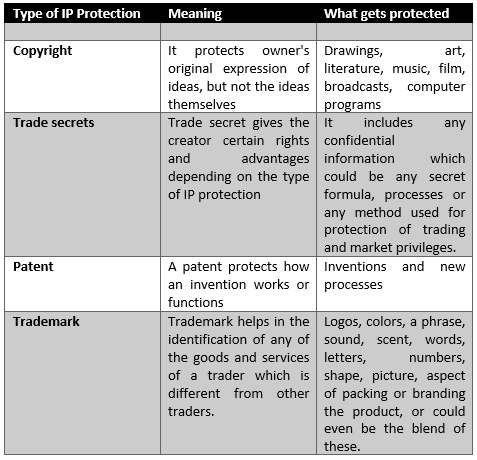 In this article, we would look at the case of one of the most popular fast-food chain businesses, Taco Bell which is being dragged to the Federal court by Taco Bill, a Mexican restaurant which is serving Australian citizens for more than 50 years. First, we would know about Taco bell and then look into the case.

Taco Bell’s Journey at a Glance:

Taco Bell in Australia started in 1981 but was asked to alter its name when a local restaurant owner sued it for deceptive conduct.

Later in 1997, Taco Bell was opened in Australia and its store was there in George Street, Sydney and few KFC stores in later 1998 in the new South Wales. It was removed from Australia in 2005; however, it came back to the Australian market in 2017, with the first store in Brisbane suburb of Annerley in Queensland.

In 2018, Collins Food entered into a development contract with Yum! Brands under which Yum! Brands would be starting above fifty Taco Bell restaurants throughout the country within the time frame of January 2019 to December 2021.

Taco Bell, throughout its business journey, has seen a lot of ups and downs. This time, Taco Bell was taken to Court by Taco Bill, which stated that its consumers might get puzzled by the similar name. As announced by Collins Foods Limited (ASX: CKF) on 4 November 2019, it was served with Federal Court proceedings by Taco Bill Mexican Restaurants (Australia) Pty Ltd which would be strongly contested by CKF with strong support from the brand Taco Bell.

Collins Food, in its announcement, highlighted that Taco bill was trying to stop it from bringing Taco Bell in Victoria and Albury area of southern NSW.

As a franchisee of Taco Bell, CKF works with this brand to offer the Australian citizen the unique food offering served across the globe in 7,100+ Taco Bell restaurants.

CKF also highlighted that Taco Bill had not quantified its claim and did not seek any urgent orders that would stop it from operating Taco Bell in Australia.