What Is Bringing Metcash In The News These Days?

By the end of the trading session, on 5th December 2019, the benchmark index i.e. S&P/ASX200 was at 6683, with a rise of 1.1% from its last close. In the below article, we will be having a look at one of the ASX-Listed wholesalers to retailer - Metcash Limited, who provides its services to retailers such as food, grocery etc. and also look at why this company is it making headlines.

On 5 December 2019, MTS posted 6 months results ended 31 October 2019, a few highlights from the same are as mentioned below: 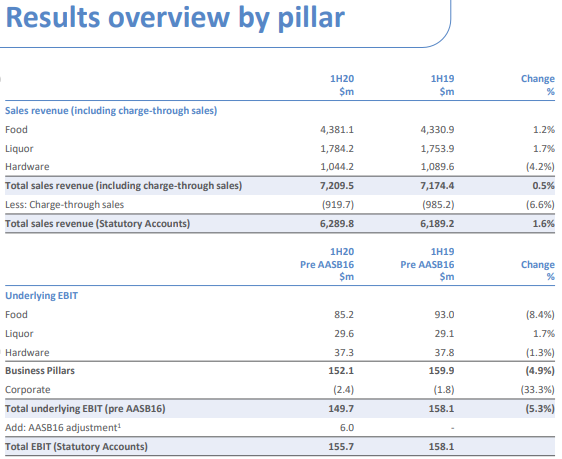 Impairment of intangible and other assets

The Chairman of the company addressed the Shareholders and stated that in FY19 period closed 30 April 2019 MTS reported solid financial results, as well as continued to successfully execute its key strategic initiatives.

Also Read: How shares of the company witnessed a rise of 4.8% on ASX?