The holiday season is here and there are lot of chances that Christmas Rally can be witnessed this year also. There are several justifications for this rally to happen such as the holiday bonuses, sense of optimism and happiness for the New Year.

Investors keep great expectations with the year-end market events during December and beginning of January, expecting the Christmas Rally to deliver good rewards. 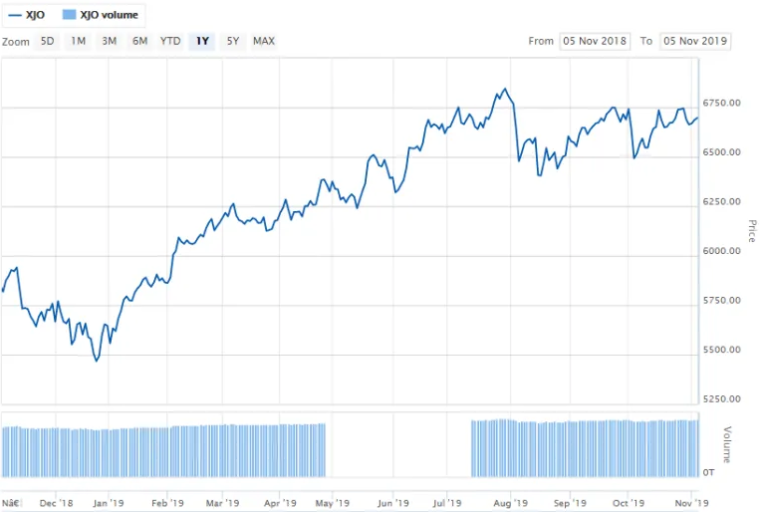 As can be seen the index recorded a decrease during the month of December 2018 but rallied just before the starting of January 2019.

Why does the market perform this way in December?

There are many reasons why the market experiences greater than average increase in stock values. Here are some reasons which have been suggested:

Let’s now discuss four stocks that may be a part of a Santa Rally.

Adairs Limited is engaged in the retailing of home furnishing in Australia with a nationwide presence of stores across various formats and a growing online format. The company offers customers a segregated offer, which merges on-trend fashion products, quality staples, strong value and superior in-store customer service.

During FY19, the company reported strong like for like sales growth of 7.2% across the business, which represents continued health and appeal of both retail store formats and online channels. Transaction volume increased across both online and stores, building on the momentum which was seen in FY18. During the year, the company transformed itself to a market leading omni-channel retailer with online sales growing by 41.7%, which now represents 17% of the total sales. This growth was received as a result of increase in online traffic and an improved conversion rate. 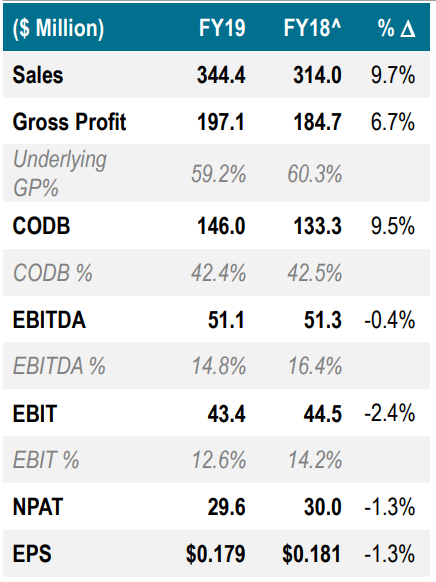 The company had a solid start for the year, and it is in track to deliver its FY20 guidance. The company reported comparable-store sales growth of 3.1% on YTD basis, which reflects the cycling of the unusual trading conditions in Q1FY19 as a result of the closure of Babies R Us and clearance activity of some high-end cots and prams in September 2018.

Baby Bunting reported gross margins of 36.6% in Q1FY20, up by 270 bps on the prior period, which is due to growth in private label and exclusive products range and fewer clearance activities relative to the prior period.

The company had a strong balance sheet by the end of the year with net cash of $2.7 million, and it also declared fully franked dividend of 8.4 cents per share, which was an increase from 5.3 cents per share in the prior year.

Company’s FY20 outlook remains unchanged and the pro forma NPAT is expected to be between $20 million and $22 million, and EBITDA is expected to be in the between $34 million and $37 million. The comparable store sales growth to be mid-single digits for the year and full-year gross margin to progress in line with YTD performance and exceed 36% in FY20.

Lovisa Holdings Limited is engaged in the business of retail sales of fashion jewellery and accessories and it has 390 retail stores, which includes 36 franchise stores.

FY19 was a good year for LOV. The company reported revenue of $250 million, up 15.3% due to increase in store rollout. The company maintained its gross margins during the year, up 50 bps to 80.5%. USA and Europe region saw the major growth in revenues up by 1,146.8% and 105.1% respectively, mainly because of store additions.

The company is focused on store addition in and expects to increase the number of stores in FY20. Thirty-one new stores are added already, making the total number of stores to 421. Company will continue to invest in support structures, particularly in the USA, to support growth in store network and will help in expanding its business.

Beacon Lighting Group Limited is involved in the retailing of ceiling fans, globes, energy efficient products and light fittings in the Australian market.

Recently, the company announced that it has sold its Brisbane Distribution Centre and dissolved its Beacon Energy Solutions business. The winding up of businesses will provide strategic realignment of resources and will also generate additional working capital for future opportunities. Under a sale and leaseback arrangement, the company sold Brisbane Distribution Centre for $28 million to Charter Hall. The company entered with Charter Hall a lease for an initial period of 8 years with three further five-year options on a yield of 5.38%.