Australia produces approximately 19 vital minerals from 350 operating mines. Australia is one of the major producers of gold, bauxite, lead, diamond and lithium. Metal and Mining industry has been a significant contributor to the economy of Australia.

The Metals and Mining Industry has added approximately $150 billion to the Australia economy growth. The Metal and mining sector has generated a thousand of jobs in Australia and has a plethora of opportunities over the forthcoming years to meet the growing and changing expectations of the stakeholders.

In 2018 coal became a number one export earner, by generating approximately $66 billion of exports with higher prices and higher volumes. Australian Gold industry is also the top performers in the year 2018 with $20 billion of gold exports and new mines being set up in Western Australia.

Recently, Boss Resources Limited, has announced the results of Feasibility Study of its Honeymoon project for the base case restart and expansion of its Honeymoon Uranium Project in South Australia.

Let us have a look at a stock from the Metals and Mining sector and their recent updates.

Boss Resource Limited is an exploration company. The company is primarily focused on assessing the uranium projects such as Honeymoon Uranium Project in South Australia region. The company also mines gold, nickel and copper.

On 21 January 2020, the company has announced outstanding results of Feasibility Study intended for Honeymoon Uranium Project. This was required for indicating possibility of base case restart and expansion of operations in South Australia. The results of the feasibility study conducted by Boss Resources Limited have indicated that Honeymoon is one of the world’s most sophisticated development projects in uranium and can be primed up to re-start operations in twelve months. This can be achieved with low capital investment to capture an expected rally in the uranium market. The projects are fully allowed to export 3.3Mlbs/annum U3O8 equivalent. The market condition shows an improvement in the underlying U3O8 price, and the project is one the few which can take advantage of the market improvement. 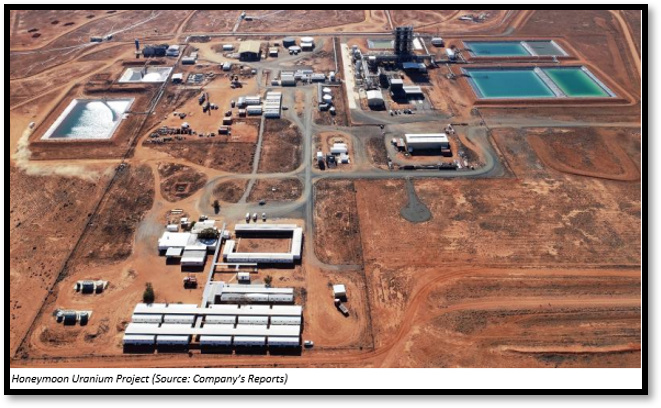 The Feasibility study is limited to the Honeymoon restart area only, including 36Mlbs JORC resource with a restart plan comprising:

Additionally, 36Mlbs of JORC resources are positioned outside the restart Area, which provides the company with genuine growth opportunities for Honeymoon’s mine life and production profile. These additional resources can be utilised by the company to maximise shareholder value.

The study shows a low upfront capital requirement to restart project and become one of the lowest cost uranium producers globally. The base case scenario results show approximately 71 per cent increase in Line of Mine (LOM) to 12 years compared to the Preliminary Feasibility Study (PFS) completed in 2017 and a dip of approximately 7 per cent in upfront capex of US$63.2 million.

The Feasibility Study is the final independent validation for Honeymoon’s restart, having technically de-risked the asset and optimised the process through several phases of study and test work. The company has a strong cash position with no debt, which can fully fund 2020 operations to optimise operating and capital expenditure. The company will also avoid dilutive capital raisings while engaging with utilities for off take of production.

On 21 January 2020, the company has announced the appointment of Peter O’Connor as Non-Executive Chairman. Mr O’Connor will take up the position from outgoing Chairman Mark Hohnen, who is stepping down having helped transition Boss Resources to be a viable restart operation and Australia’s next uranium producer.

The change in company’s leadership board follows the finalisation of its Feasibility Study for the Honeymoon Uranium Project in South Australia. The newly appointed Chairman, Mr O’Connor, has extensive global experience in the funds management industry and has worked with various public and private companies in the developed and emerging economies, 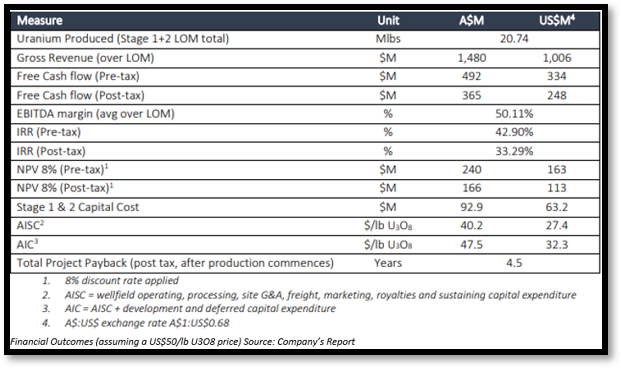 On 11 November 2019, the company has declared the results of Annual General Meeting; below are the resolutions which are passed during the AGM:

The last two resolutions were passed with the required 75 per cent majority.