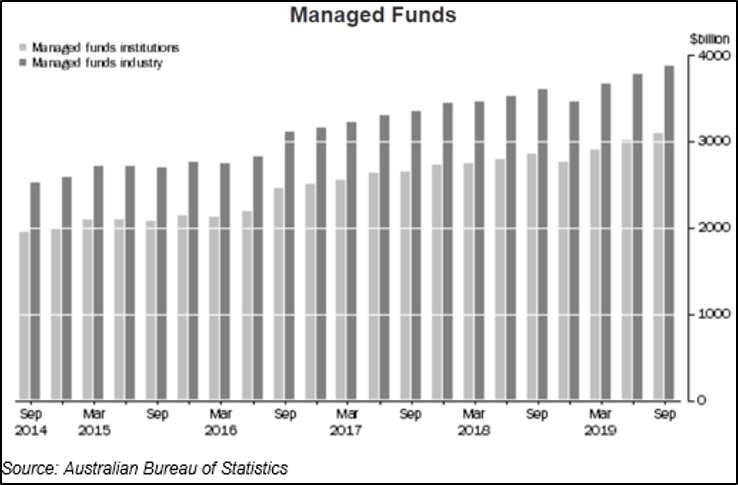 According to the 2017 survey conducted by Investment Company Institute based out of Washington, Australia’s funds management industry is the sixth largest in the world and largest in the Asia-Pacific region.

Investment management companies under radar are: CNI, SUN and IFL

Recent announcements made by the company regarding expansion via. acquisitions and issuance of new securities are mentioned below.

On 20 December 2019, the company announced few of the important dates, as follows.