The factors which exerted pressure on crude prices are underlying weak fundamentals in the crude markets due to less global demand and high U.S. Crude Oil Inventory along with weak refinery inputs.

However recent middle east event slightly supported the oil prices. Post-attack on the Saudi’s oil tanker, an attack was registered in the Gulf of Oman on the oil tanker last week, which further escalated the U.S-Iran and middle east tension. The high risk in the freight transportation added a premium to the crude oil prices.

Crude oil on a Daily Chart:

On a daily chart, the crude oil price actions are following a Death Cross (bearish signal) of 50,100,200-days exponential moving averages. As we discussed above, the prices fell from its 2019 high and post declining gained momentum amid the middle east event; however, the volume of the upside is declining, which could further mark the absence of bulls from the market.

Post addressing the crude oil scenario, and the price behaviour, let us now look at how the Australian Securities Exchange-listed energy stocks are behaving along with their latest updates.

The company presented the S&P Dow Jones quarterly Index rebalancing report on 14th June 2019. As per the June rebalancing, S&P/ASX 100 Index would now mark the addition of BPT in the index along with other player Afterpay Touch Group Limited (ASX: APT).

The index which would be effective from 24th June 2019, excludes, JHG (Janus Henderson Group Plc) and ABC (Adelaide Brighton Limited).

BPT has posted sustainable long-term returns with the return of 6.40 per cent over last one year, and a return of 41.86 per cent on a YTD basis (Year-to-date). The five-year return of the company stands at 8.44 per cent, while the shares delivered a return of 136.38 per cent in last 10 years.

The six-month return delivered by the stock stands at 24.07 per cent; however, the recent plunging in crude oil prices declined the returns on the stock. Therefore, despite record production in the March quarter, the three-month return stands at -9.45 per cent, while it stood at -8.31 per cent over last one month.

MAY made an announcement on 14 June on ASX in which the company mentioned that the recently acquired Beehive revelled technical characteristics, which further de-risked the prospect. The company conducted a 3D Seismic Survey at the prospect which identified the technical aspects.

The vertical edge at the prospect location provided evidence of its isolated nature, which was identified by the 3D Seismic Survey along with detailed deposition patterns within the platform and the seaway. 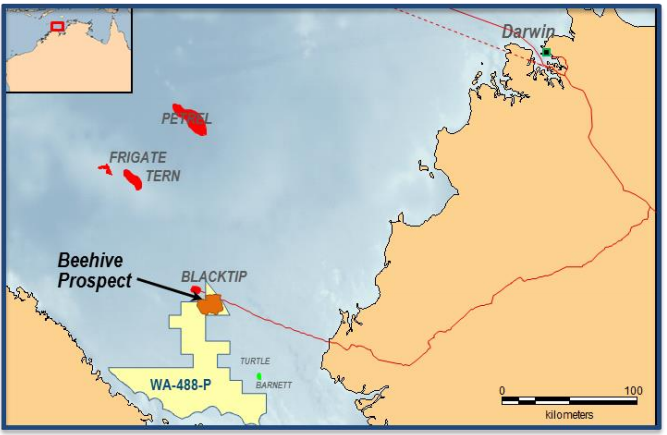 As per the company, the 3D seismic allowed better structural definition, particularly in the northeast side of the prospect. The observations made by MAY supports the existing geological model of the prospect, and the improved quality of data and coverage de-risked the prospect further.

An independent Expert, McDaniel & Associated assessed the Beehive prospect and estimated the resource of 388 million barrels of oil equivalent (Boe), out of which 78 million barrels of oil equivalent belong to Melbana; however, an exploration appraisal and evaluation is required further to determine the existence of a significant quantity of potentially moveable hydrocarbons.

In the update, Melbana mentioned that Santos Limited (ASX: STO) and Total holds an option to acquire a direct 80 per cent participating interest, jointly or individually, in the permit and drill the first exploration well.

If Santos or Total exercises their option, MAY has to incur all the costs for 90-days from the time of exercising the option (before 2nd October 2019), to farm-in and drill the first exploration well.

The company was recently farmed out from the Cuba Block 9.

However, the prices could not sustain at the level and plunged back again to the present month low of A$0.010 (Day’s low on 7th June 2019).

The six-month return delivered by the shares stands at -26.67 per cent while the recent plunging in crude oil prices declined the returns further on the shares, and the three-month return stands at –38.89 per cent.

In a nutshell, the crude oil prices are falling in the international market, which in turn, is further estimated by the market to exert the pressure on oil producers’ margins.

The oil and gas players in Australia are in a beleaguered situation amid falling oil and gas pricing in the international market.