The Australian manufacturing sector has survived numerous challenges across the last 10 years period, including the Global Financial Crisis. The swift growth of China as ‘the world’s factory’ and Australia’s largest trading partner; the conclusion of local automotive assembly operations in 2017; the commencement of digitalisation and the fourth industrial revolution; and huge surges in local energy and other input costs.

After a solid growth in 2018, the manufacturing employment is expected to rise more across the upcoming five years period. 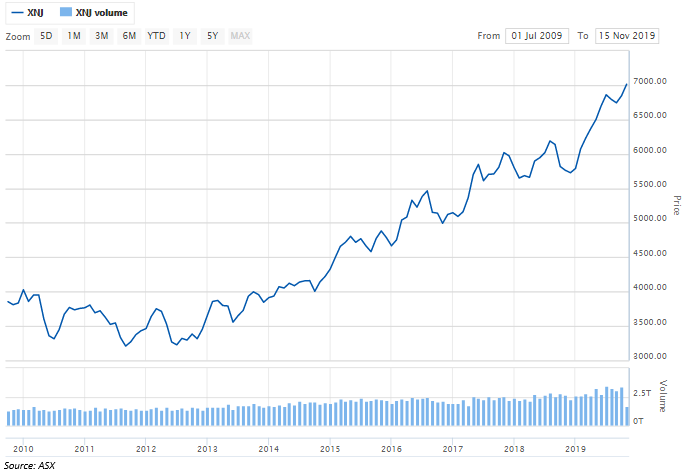 Let us discuss a stock from industrials sector, i.e. Smartgroup Corporation Limited and its recent updates:

On 18 November 2019, Smartgroup Corporation announced that its CEO Deven Billimoria informed the Board of his intention to retire from his presently held designation of Managing Director and Chief Executive Officer at the close of February next year following the release of the FY19 full-year results. SIQ also reported that for FY19 period it anticipates NPATA of the company to be approximately $81 million.

The company’s board further notified that Tim Looi, who joined Smartgroup in 2009 and is the current Chief Financial Officer, will be appointed to the role of Managing Director and Chief Executive Officer effective from the retirement of Mr Billimoria. The details of the new terms of employment of Mr Looi will be disclosed soon. The company has started a search process for a new Chief Financial Officer.

Mr Billimoria has agreed to act in the capacity of advisor to the group for up to a further 12 months period, to offer strategic support throughout key initiatives.

In addition, SIQ updated on the recent appointment of Angus Buckley, who will start working as a CCO or Chief Commercial Officer in January next year.

Macquarie Capital (Australia) Limited in conjunction with its affiliates were to underwrite the disposal of 32,608,245 securities in Smart group Corporation at a fixed price of $11.30 per security yielding total proceeds of $368,473,168.50 to be held on 17 October 2019 for Smart Package Pte Ltd (subject to the law and on the terms and condition of this letter).

On 16 August 2019, the Smartgroup released the half-yearly results for the period ending 30 June 2019, a few highlights from the results are as follows;